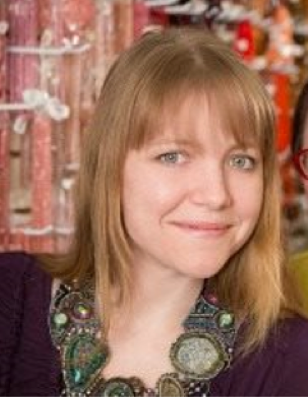 Liisa threaded her first beading needle back in 1994. Beading as a hobby she went on to become a massage therapist, esthetician, and got her nursing degree in Finland. But in 2006 beads wove her back in. Since then she has spent her time fully submerged in beads! She has been working professionally as a designer and teacher since 2006. Liisa has taught at the Bead & Button shows and Bead Fest shows. Along with beads her other major obsession is with cats. Often volunteering in her local shelter and fostering kittens! Cats have been her biggest inspiration in her designing process. And just like cats, her designs are known for being classic, ageless, and graceful….
With a few hairballs thrown into the mix.

Liisa was named one of Beadwork magazine’s Designer of the Year in 2014.